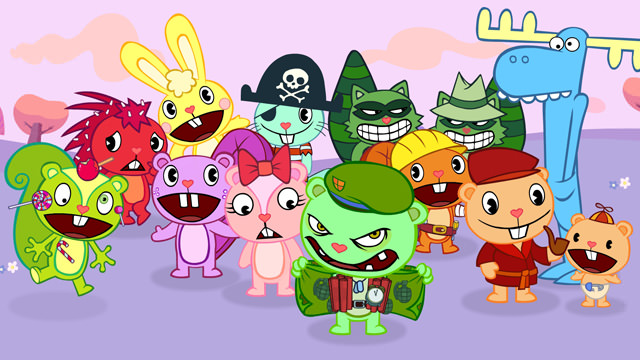 Wait, there are other shows out there aside from Happy Tree Friends?!? Why hasn't anybody told me this sooner! I'd better stop listening to Nirvana and turn on my dial-up modem and get on the AOL to check this out!

Hi, I’m Kenn Navarro. When I’m not busy creating new episodes of Happy Tree Friends I do some part time blog acting. I had you believing that I was an out of touch goof-ball that lived in the 90’s, hopping on the interwebs to check out all the other Mondo Media shows. What you just witnessed was some intense acting brought right to your face. Free delivery! I’m sorry if I rocked it too hard, I can’t turn it off.

While it was mostly make believe, there are two facts that ring true from this performance;

I know, you’re probably thinking, “But Kenn, Happy Tree Friends is so awesome and it fulfills all aspects of my life! Why would I need to want for more?” While it is true that HTF is all you need (great for lonely nights and for patching up holes in your wall. I’ll ignore the fact that there’s a hole in your wall during those lonely nights…) there are some pretty cool shows here that might be worth your time if you haven’t already found them. I was asked to compile a list of 5 of my favorite Mondo Media shows that aren't HTF (there’s always a caveat!) and here it is!

Without further ado and in no discernible order: Actually, they should rename this series Toddy the Body ‘cause, let’s be honest, it’s really why we watch this show. Second best? Cupcake Fury. That character writes itself! I just want a tattoo of that character… on somebody else’s back. Not mine. That sounds like it would leave a mark.

Anyway, Corey and Ted always deliver the chuckles (or sighs if you’re a Skygoth fan). It’s got something for everyone; if you like barbarians, wizards, guns, boobs and pink horses. That pretty much covers all the bases, yes? I know this show doesn’t get a lot of love from people, which is a real shame. Even more reason we should get the word out. “Turbo Troops” unite! Hmm… we can workshop that name.

Anyway, this show is pure genius on so many levels! Turbo’s hair alone deserves its own show! The truly unique and awkward comedy of this show cracks me up every time! It’s something only creator, David Furguson can dream up.

Not convinced? How about $1? Still not buying it, huh? You’re a tough customer… how about taking Adventure Time creator, Pendleton Ward’s word for it: The 800 pound gorilla in the Mondo roster is a hit show for good reason (yes, I just called their show “fat”). Ed and Zack’s clever take on an ageless, simple art style allows them to do AMAZING things! Like have their characters eat burritos! It’s blowing my mind…
The only real problem with this show is that it isn’t Happy Tree Friends. That’s right, I’m not ashamed to admit it. Not proud but not ashamed either…

I know most of you guys probably love this show already, all I’ll add is... I LOVES me my video games! At the same time, I LOVES me my animation. GPA is what happens when those two things making deep, passionate, consensual, slightly kinky but still respectful love to one another. Then get up and decide to make a show.

Phil, Joey and company always manage to capture the absurd nature of some of our favorite video game tropes and turn it on its ear. All in glorious 8-bit graphics! That’s right, we are living in the future!

If you’re a fan of video games, don’t miss this show! I didn't get this show at first, but it has slowly made its way into my heart, one wriggly line at a time. It is a surprisingly complex show. It’s eye-popping, surreal style is just fun to watch. On top of that, it comes complete with its own running fiction and consistent narrative. The characters also talk funny and that makes me giggle. There’s a lot of love in each episode and that definitely shines through!

I’d like to make a plea to Lindsay and Alex though to add more Tuba! I heart Tuba and he/she/it hasn’t been getting a lot of screen time lately. 9 out of 10 tubas agree!

Whew! Where does the time go? It seems like it was only at the beginning of this blog that you were astounded and dumbfounded by my incredible blog acting. Remember that?

Anyway, to all good things must come an end. I’ll take this opportunity to thank you all for stopping by and spending some time with me. Don’t read into the fact that the cops may be towing my car right now. I think, I still have enough time to finish this sen.... 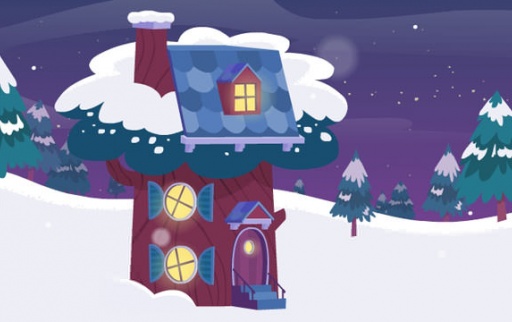 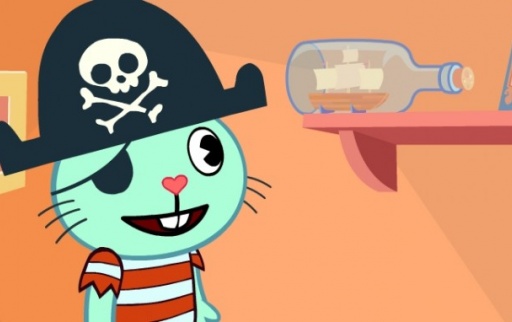 Sneak Peek: Bottled Up Inside 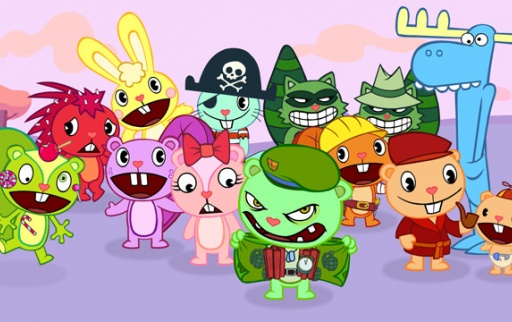 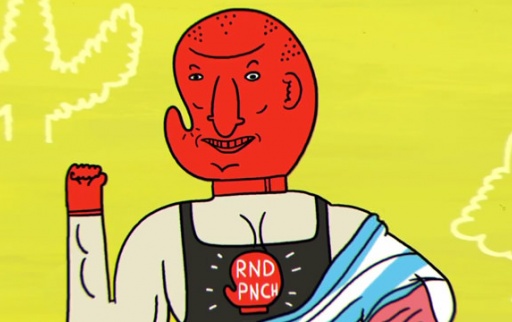